Learn why being developer-focused is important and learn from five successful SaaS companies to find out how they are keeping their developers happy.

If you’re a human that’s been alive for the past decade or so (if you’re an alien, hello) you know that technology has evolved at lightning speed, and it’s not slowing down anytime soon. With the proliferation of mobile devices and the increasing reach of Internet access, we’ve seen a huge surge in software development. And with that surge comes an increase in developers as the world continues to find more ways to digitize…well…everything.

As the number of developers grew, they found new ways to create tools to develop new software. With the introduction of open-source technology, developers now have more freedom than ever to access free programs and alter them to suit their needs (they really are a smart bunch, those developers). Now, they have the ability to choose which applications they use.

And you know what more choices mean.

And rightfully so. How else can innovation happen?

Anyways, as developers raised their standards and expectations, software companies had to adapt.

Today, developers have more sway in the buying cycle than ever before. Gone are the days when all software companies had to do was convince the executives who never code—now, they have to convince the hands-on developers themselves that their applications are worth paying for.

This is why software companies today—especially software as a service (SaaS) ones—need to be developer-focused. There’s a growing and pressing need for tools, systems, and environments that enable developers to build more software in more efficient and creative ways.

But much more than creating tools and systems that assist developers, many companies are adopting a developer-first approach to operations and company culture. This helps them retain top talent to help them build, manage, and maintain products while serving customers and clients. This empowers developers, creates a more beneficial and comfortable working experience, and helps them increase velocity and productivity. This strategy is termed the developer-focused, developer-centric, or developer-first approach.

So now the question is, how does one run a successful developer-focused company?

Today, we’re going to learn from the veterans who paved the way and look into the strategies of five developer-focused SaaS companies. Read on to see what they’re doing right and most importantly, how they’re doing it.

Examples of Developer-Focused Companies That Are Doing It Right

GitHub is a platform designed to help developers build, ship, and maintain their software projects. They’re one of the most popular tools out there today. In fact, GitHub is used by over 73 million developers worldwide. It’s a cloud-based tool that enables developers to seamlessly collaborate on projects concurrently from different locations. GitHub also allows developers to set up and host professional and personal projects securely.

On the corporate side, GitHub empowers companies to hire technical talent from different parts of the world, coordinate developer teams, and help individual team members track and manage their contributions.

Here’s what GitHub is doing to empower their developers:

GitHub’s focus is developer unity, bringing genius minds together, and encouraging collaboration and education. And because of this, GitHub has gathered a rather large group of loyal users.

Snyk is one of the tech industry’s leading cloud computing companies. They provide security infrastructure for developers to build reliably in the cloud. Snyk plays in the DevSecOps (development, security, and operations) space and has been developer-focused from day one.

Snyk prides themselves on providing developer-first tools and security intelligence that integrates seamlessly into developer tools and pipelines. They also enable you to find and fix security vulnerabilities in code, containers, and their dependencies. In 2021 alone, Snyk was used in more than 130 million container tests, and 56 million vulnerabilities were fixed by Snyk container users. And some notable Snyk customers include Intuit, Shutterstock, Ericsson, COMCAST, Revolut, MongoDB, and Bosch.

The following are marks of Snyk in the developer ecosystem:

Snyk focuses on empowering developers with security tools and giving them space to craft their own creations with their open-source format. And with an active blog that features up-to-date and content-rich articles, Snyk has posed themselves as a trusted source in the industry.

Salesforce is the biggest online customer and sales management platform for businesses. Their cloud-based model positions them as one of the top players in the SaaS industry. They enable businesses to manage their employees, customers, finances, and more.

Launched by four co-founders in 1999, Salesforce allows users to access the software and application data from various devices and operating systems through web browsers. Their platform (Salesforce Customer 360) provides businesses with many apps to manage and interact with customers from anywhere in the world. On top of that, they empower enterprises by providing them with actionable data and operational insights. Salesforce is a strong ally in various teams and industries, including sales, marketing, e-commerce, and many more. Bentley, Spotify, Amazon Web Services, and Toyota are some of their biggest customers.

The following are some implementations that Salesforce focuses on to serve developers:

Salesforce shines in its global reach, connecting developers from all over the world. With proper documentation and integration of various applications, think of Salesforce as a multi-cultural modern city with all the fixings.

Another prominent tool among the Atlassian offerings is bitbucket. Bitbucket is a Git-based version control and code collaboration platform. It allows developers to host and share code while working on several different projects.

Atlassian tries to provide an all-around experience for the developer workflow. Recently, they actually expanded their software to cater to other departments that interact with engineering teams—keeping their developer-focused objective in mind.

Here are some of the ways that Atlassian serves developers:

Atlassian is heavily considerate of developers’ workflow and built their products specifically with customization in mind. Along with educational content and helpful documentation, Atlassian is a crowd favorite among developers and their supporting teammates alike.

Auth0 is another great model of a developer-focused company. They offer out-of-the-box authentication and authorization for applications built by developers. As crucial as authentication and authorization are for developers, building these capabilities into the software can be difficult with several edge cases and vulnerabilities. Auth0 simplifies the process by providing a simplified and secure layer to abstract the complexity. Auth0 is easy to set up and integrate. You can also customize it to the required requirements and use Auth0 for web, mobile, IoT, and cloud applications.

Auth0’s message is clear: developer-first, simple, and extensible. As of 2021, Auth0 was already used by 8,000 developers and IT managers in 124 countries.

Here’s what Auth0 is doing for their developers:

Auth0 understands that developers are learners at heart and have set themselves up to be a trusted source of knowledge within the industry. Along with easy-to-use software, they really are a crowd favorite.

There are many ways to cater to developers. Here are some actionable points for you to take away, consider, adapt, and implement.

We hope these five examples of successful SaaS companies have given you some ideas to add to your own. From easy integrations to high-level blogs, there’s a lot you can do to become more developer-focused.

Now go forth and wow the developers of the world. Engineers everywhere (and by association, everyone on the planet that uses technology) thank you. 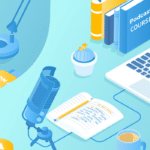 Stop annoying developers: 5 key takeaways from our podcast with SlashData 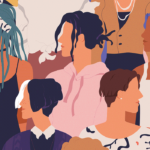 Here’s what you can expect when you get in touch with us: